Can you tell that I have food on the brain? 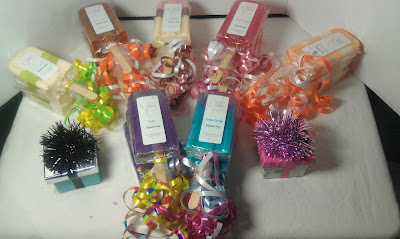 At least these are not fattening, lol. For some reason, I love the idea of making soap look like food; desserts to be exact. I am getting ready to be a vendor at a market here locally. They are hoping that it will be a success so that they can have it several times a year. There are going to be over 40 vendors there as well as music and food. These were the latest in my foodie line. Look fattening but zero calories and fun. I wanted to make sure that I had plenty of product, large variety and unique items. ( at least around here) can't wait and let's pray that I do well in sales.
Published with Blogger-droid v1.6.9
Posted by Unknown at 1:33 AM No comments: 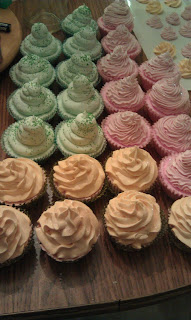 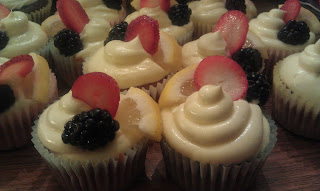 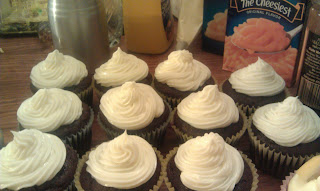 I am so loving making cupcake bath Fizzies and soap. When I first started making them, I couldn't get the frosting right. Well, after much practice and tweaking my recipe, I think I have it down pat. The above cupcake Fizzies are Canberry Orange, Margarita lime and hot pink pomergranate. I love making cupcakes so much that I have been trying my hand at real cupcakes. the second two pictures are of some of the real cupcakes that I made recently.  The second pic is of my berry lemonade cupcakes and the third pic is of the beer cupcakes that i made.  The beer cupcakes were left in for just a couple of minutes too long, so they were not as moist as I would'e liked them to be; but trust me, they went just as fast as the berry lemonade here at home.  I had given my son some to take to school and he said that he was not going to take them, they were too good to share.  He sure knows how to stroke his mom's ego, lol.  The first set of cupcakes that I made a week before were sweet potato, strawberry and chocolate cupcakes.  I may have to slow down as we might not be able to walk through the door soon.  :) 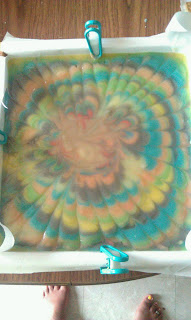 I saw this tutorial on Amanda Griffin's blog, lovin soap, and had to give it a try. This technique is called the column swirl. This actually was my second attempt, the first was a flop as far as the look goes but came out pretty good. This is fragranced with blue musk.

Published with Blogger-droid v1.6.9
Posted by Unknown at 1:02 AM No comments:

Here are pics of the gift baskets that two of my fans won on my facebook page. 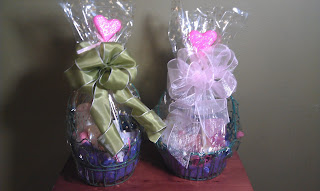 I found these cool silicone molds and of course had to buy them.  I don't know what it is but I love the idea of making soap look like food.  Don't get me wrong, I love my bar soaps but these are fun to make and pretty to look at.  When I am making these, I am always asked "Is it soap or can we eat them" by my youngest son  When I was making these last night, my nephews were visiting and they wanted to eat them too, lol.  So hated to disappoint them but I will make up for it by making some real goodies for them to eat. 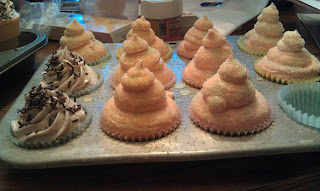 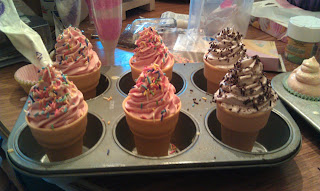 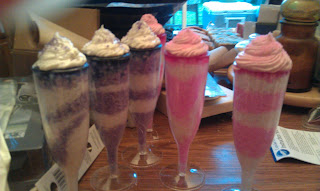 After the Storm - Rainsville Tornado Damage 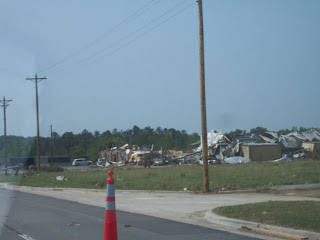 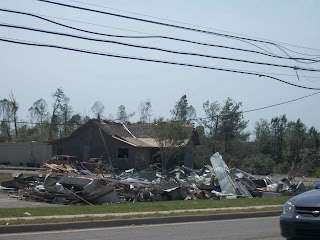 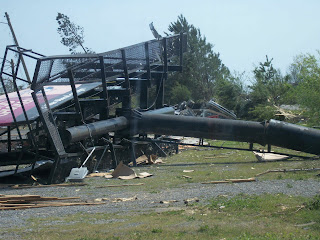 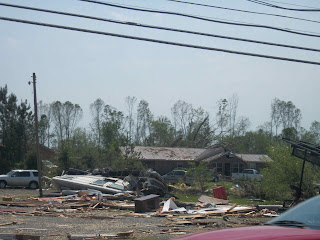 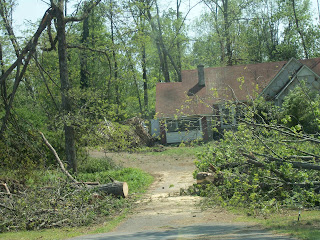 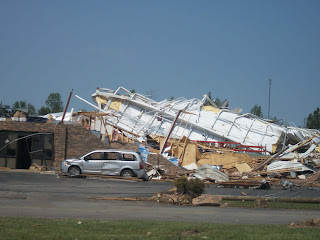 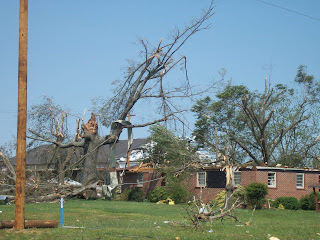 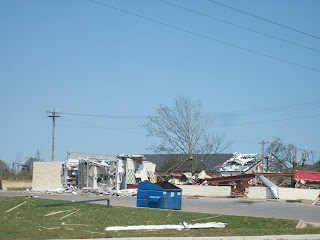 Here are some of the pictures taken in Rainsville, Alabama after the tornado of April 27, 2011 hit.  Many lives were lost that day and my prayers go out to each and everyone of the families who lost a loved one, their home and more.
Posted by Unknown at 10:38 PM No comments: 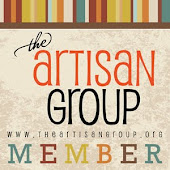